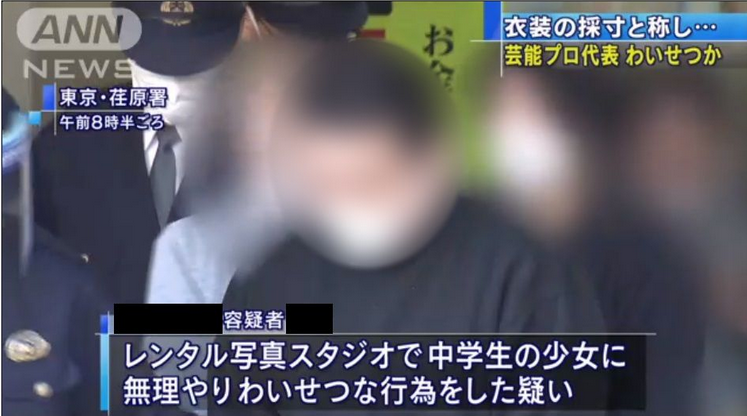 Despite all its flaws, one thing that Shukan Bunshun does from time to time that other publications – of any kind – absolutely refuse to do is reveal the shocking provisions Japanese agency contracts often contain.

This week they released the details of a contract that essentially protect management from sexual harassment and assault claims made against them by their talents during what the company in question calls “measurements”.

Last week, Bunshun released a story – already shocking in its own right – about a sexual assault case involving a 12 year old victim, who was assaulted by the president of Emotional Fact agency, called “Mr. X”. This week, the publication received a copy of the contracts Emotional Fact has their talents sign, which is where they uncovered the shocking truth about some of the provisions contained in this document.

Mr. B, a former Emotional Fact employee who spoke on the condition of anonymity, revealed the following:

In other words, the agreement basically makes sure that regardless of what happens when employees are naked in a closed room under the guise of taking “measurements”, any touching or photography is fully allowed, and the company is protected against sexual harassment or assault claims.

Mr. B speaking to Shukan Bunshun

Shockingly, the obtained contract fully corroborated Mr. B’s statements to Bunshun. In addition, it further revealed the callous disregard the company had towards its employees, allowing staff to take “measurements” at any time with no previous warning given.

Entertainment experts, legal advisers, and other idol production company managers were absolutely appalled when Bunshun reached out to them for comment.

Takeshi Nakae, a lawyer who specializes in entertainment contracts with over 10 years of viewing and creating management contracts for various production and entertainment companies across Japan, said that he had never seen such a shockingly appalling contract that would permit such behavior in his career. When provided the memorandum by Bunshun, he explained that the document was deeply unethical, and it clearly allowed for staff to have a free pass to sexually assault the talents as they pleased.

Nakae further went on to explain the dangers of this contract

Above the age of 13, to press a charge of sexual assault you actually need to prove that there was some sort of violence or threat. So if someone who were less legally aware signed this, it is extremely likely that they would be forced into situations where they felt like they had no choice but to accept such behavior, and later feel like their day in court had been taken away from them (due to the absence of violence or threats).

One president of another entertainment company, when asked for comment, reacted harshly against Emotional Fact.

I have never seen nor heard of a contract where the person in charge of the office was responsible for taking measurements. Furthermore, while measurements are a necessary part of the entertainment business, you always want either the talents themselves or their parents taking them – particularly for minors. Any physical contact between staff and talents could lead to terrible situations so you want to avoid that at all costs.

When asked for comment, the company could not disclose whether or not they were continuing to use this highly unethical document, and Mr. X refused to comment.