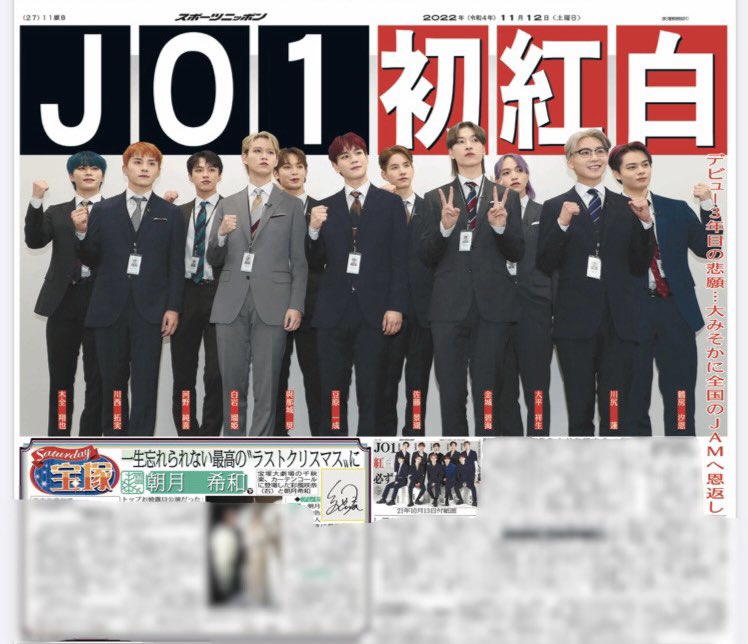 At 3AM Japan Time, Sponichi Annex reported that they have confirmed JO1‘s first debut on the prestigious year end program, Kouhaku Uta Gassen.

Formed as a joint K-pop/J-pop venture, the group has found great success particularly with younger Japanese idol fans. This year has seen many firsts with the group, including a block on All Night Nippon from April of this year and their first single to break 500 thousand in its first week.

Insiders suggest that their debut (as well as others such as girl group IVE) is an attempt by NHK to improve ratings for the program. Last year it hit a historical low of 34.3%.