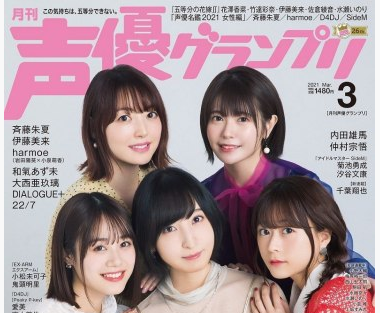 In recent years, voice actors have been exploding in both activities and popularity. Names like Kana Hanazawa, Yuki Kaji, and Mamoru Miyano are now rather well known, and idol fans in particular have probably noticed that more idols are now graduating to become voice actors for both genders.

Yesterday, Oricon reported that the publication Seiyuu Grand Prix, which publishes an annual supplement called ‘Seiyuu Meikan‘ (Voice Actor Directory) published what was the largest directory ever to be issued since they began this special, with 955 actresses and 600 actors in the directory.

Voice Actress Hitomi Harada (known for her role as Airi Totoki in the Idolmaster Cinderella Girls series) mentioned on Twitter that there were many voice actors who were left out of this directory, so the true number may be even higher than what Oricon is able to report.

Given their ever increasing activities and popularity, as well as the explosion that we have seen in mobile video games, it could be said that we are currently in the middle of a voice actor boom in Japan.