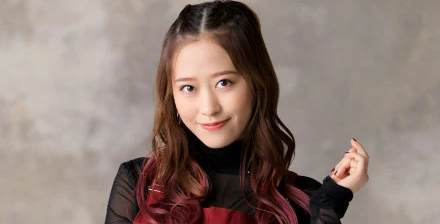 Sakura Oda is frequently known as one of the more private and conservative members of Morning Musume ‘21 and Hello Project at large. She doesn’t have much in the way of a social media presence, and she definitely lands strongly on the “idols should have a huge separation between themselves and the fans” side of the spectrum. It has been remarked more than once that she probably has rose-tinted glasses of what the idol world was like in the 1970s and 80s, and this week confirmed this view.

In a highly shared and commented post this week, Oda talked about how she wished idols could go back to the good old days where the emphasis wasn’t on ‘psuedo-romances’, criticizing the trend of idols using their femininity as a way to attract fans. Highly contradictory is the fact that the trifecta she points out Showa style idols sold themselves on were “singing, looks and star ability”, two of which can clearly lend themselves to being the exact same thing as femininity.

While fans tried their best to spin this in the most favorable way possible, it is clear that the larger public and other idol fans weren’t having it. Many commented on how the problem wasn’t the idol industry – plenty of companies now permit dating after a certain age (the most famous being the 46 group, which Shukan Bunshun reported has contractually agreed to allow girls to date past the age of 20), ignoring scandals as they happen (the best example being the Wack group, wherein Aina the End posted after her “expose” a collaboration between her then-boyfriend and herself), or just permitting it altogether (the best examples being Dempagumi.inc and Negicco). The problem is the specific company that is Up Front Production, and fans around the world both within Japan and internationally pointed this out.

Whether it is their backwards attitude on girls continuing to college – something that the company has only begrudgingly allowed for every group aside from Morning Musume until last year, when Masaki Sato admitted to being the first member to go to college and not be forced to retire – or allowing underage gravure photos, it is clear that at the very least Up Front Productions simply does not want to move on from the Showa period. We can only hope that at the very least this can only change going forward.