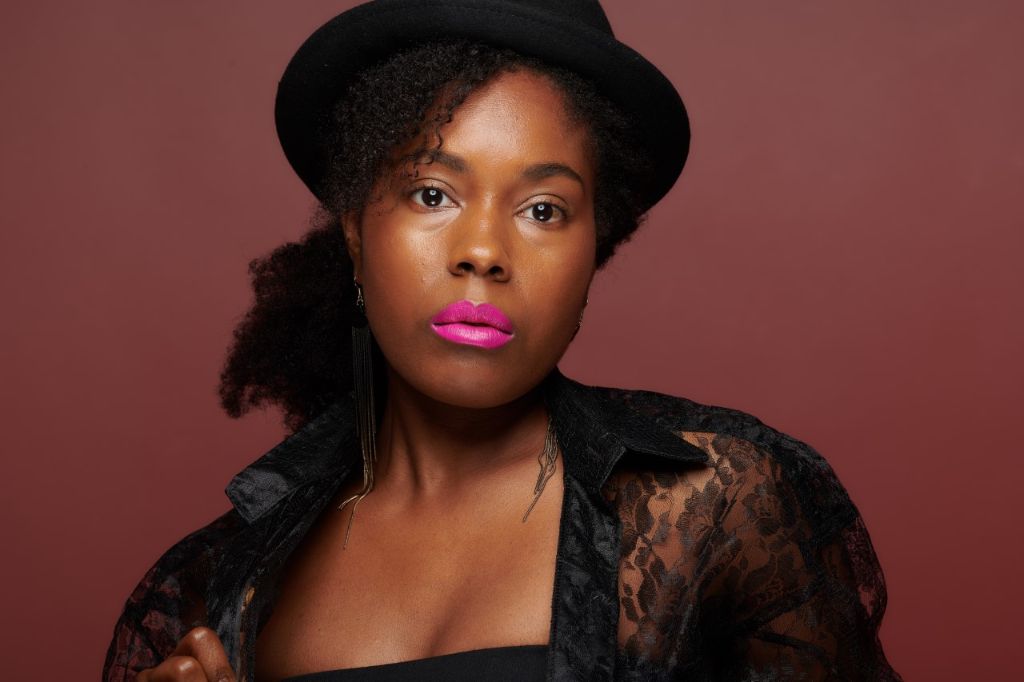 Hasawa: Could you tell us more about the process surrounding DAY BY DAY?

Imani: I was introduced to the producer by another friend. He was looking for an artist to sing on his tracks and that company, although very nice with talented acts associated with it, really did push me to have a certain image. I grew up with Neo-soul and Gospel so of course, I enjoy singing that, but I also enjoy my pop and rock. Evidently the company did want to brand me as a sort of “Lauryn Hill” type. I mean even some of the advertisements for the album said “She’s just like Lauryn Hill” in Japanese. Big respect for her, but I’m not even close.

Hasawa: Several Black artists came forward these last few years to express their struggle of feeling pressured to make “Black music” by their music company. DAY BY DAY is categorized under the ‘Hip-Hop’ genre on iTunes when I personally don’t feel like it’s actually fitting.. It’s like, whenever some Black artist is pulling out music it has to be ‘urban’. Black artists seem to have a hard time being accepted as legit ‘POP MUSIC’ artists.
Did you have to bear the same stigma in Japan?

Imani: Truthfully, I didn’t know how to rap at the time, or at least I never really did it seriously until the company told me I had to on 2 songs. They threw me in the booth and I somehow came up with something after a few takes, then went home and reworked it.

The pressure didn’t just come from that company though. There were times at weddings where I was told that I shouldn’t speak Japanese because I need to look authentic; as in I was flown in just for this event. There are times I get called because I have a “gospel look” even though they had not heard my demo. It’s really weird, but I guess that happens with entertainment in general. Japan has a long way to catch up when it comes to diversifying though.

Hasawa: I totally get this struggle. Even though it doesn’t necessarily come from a bad place, Japanese way of handling social relationships works through very rigid codes so it makes total sense they seem to stereotype Black people out of whatever they see in movies, music, etc… but I think much of this issue comes from the fact of how infrequently they interacted with actual Black people in the first place.

That being said, I’m really appreciative of that your album actually avoid the “Black music” stereotype. For obvious reasons it sounds more Western than any regular JPop music album, but there is definitely a peculiar sensibility that we don’t find that much anymore among contemporary (Western) Black artists.

Hasawa: In the song “East utopia” you seem to display some sort of struggle as a foreigner immigrating in Japan… Is it autobiographical?

Imani: “East Utopia” was written at the time where the Black Lives Matter movement started up in response to the ongoing terror happening to Black people in the US. The police brutality and murders of unarmed Black men and women in America were being highlighted in the news cycle so much that it even made it to Japanese stations.

I felt a little bit of survivors’ remorse because I’m in a place where I can go to the convince store at 2 am with a mask and hoodie on and pretty much not be gunned down for existing while Black (because guns laws are strict here.) However, anti-blackness is a worldwide thing and its difficult to escape from. People want to always talk about peace and harmony on earth and I thought to myself, “If it’s that easy to get to a utopia, why can’t I just get on a plane?” Of course, the Earth is not flat so if you keep going East, you’ll end up right back where you were eventually. Best to just fix the broken system.

Hasawa: With globalization and the facilitated access to foreign destinations, a significant amount of Black people spoke out about the struggle of being Black while traveling, especially on destinations unfamiliar with people of African descent – such as Japan. Meanwhile, you cheerfully display a #BlackinJapan in a bunch of your instagram publications. What was your own experience on that aspect?

Imani: Honestly, I’ve been here so long a lot of things don’t phase me as much anymore. Sure there will still be a lot of ignorant annoyances, but most people just keep to themselves. I don’t know if my resting bitch face or my 170 cm frame plays a factor. I will say traveling while Black and Black ex-pat life are two totally different things. I’ve only visited a handful of places and defiantly want to explore more once the timing is right. The places I’ve been to so far haven’t been too bad to me.

We have a pretty strong community (more so in the major cities) of different Black people from various countries and backgrounds. I think that’s what makes it unique. Perhaps I know more black people in Japan than I do back at home. And it’s just such a wonderful feeling to get different perspectives from everyone. Japan isn’t perfect. No place is and I’ll point out any injustices I come across, but #BlackinJapan is also a badge I like to wear because I want to show that we can still try and live our best lives here.

Hasawa: Would you have any advice to provide for aspiring artists trying to make it in Japan?

Imani: Learn the basics of the language and never stop trying to learn new things. Meet as many people as possible and always be ready and willing to perform. Sharpen your observation skills. Music is freeing, but sometimes there is a certain process that a lot of Japanese like to follow and they might never directly explain to you. If you can figure out that balance early on and work it to your advantage, you’ll have a much smoother time finding out what works for you.

You can purchase IMANI‘s music on iTunes, Spotify and CDJapan.
Her latest EP “Let it Be Hear” is available on iTunes and Spotify.

Big thanks to Imani for taking much of her time to answer my questions, along with Ronald for being the ‘matchmaker’ (lol)