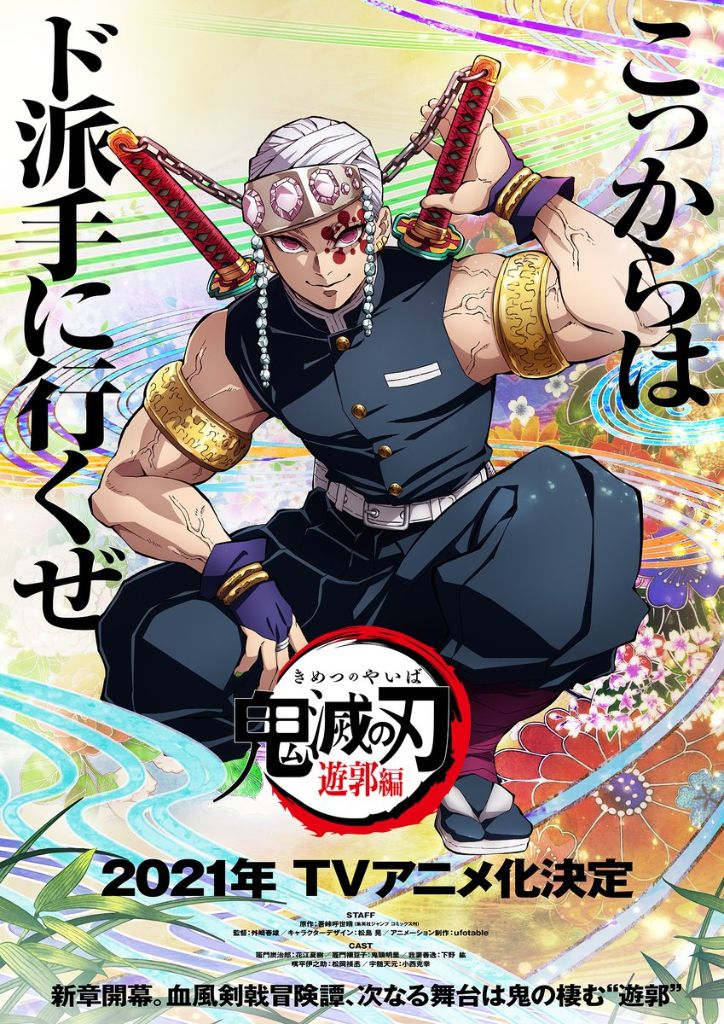 Two days ago the massively popular anime Demon Slayer announced the airing of season 2, expected sometime this year. The first arc, titled Yukakuhen (meaning red light district chapter) was also announced with the expected airing date. Given the title of this chapter, it is little surprise that many parents panicked about how to explain this to their children.

Note: this article will contain spoilers.

Set during the Taisho-era in Japan, Demon Slayer set records, overtaking One Piece as the best selling manga of 2020 with 82.3 million copies. The first movie is now the best selling movie of all time, and the popularity of the anime drove LiSA to become one of the most popular artists in Japan with theme songs Homura and Gurenge.

That being said, the work is by no stretch of the imagination PG friendly. The series starts off with the death of the main character’s entire family save his younger sister, so it suffices to say that the series is certainly more gory than your average Shonen Jump title.

What set parents off in Japan this week especially was having to explain to their young children exactly what a “red light district” is. Season 2 starts off with the main characters infiltrating several brothels in search of demons. The term used by the creators in Japanese — Yukaku — prompted many people to turn to Twitter and online messaging boards on how best to explain this to a child audience.

While there were some users (such as the above embedded Tweet) who were more than willing to help, others questioned the decision to show such an anime to such a young audience.

GirlsChannel in particular was extremely harsh, with users responding with messages such as:

Others wondered why it was Demon Slayer in particular that raised such questions when other daytime anime shows also discussed similar unsavory topics.

In the future, we can only hope that parents better research what they choose to show to children before letting them watch things.