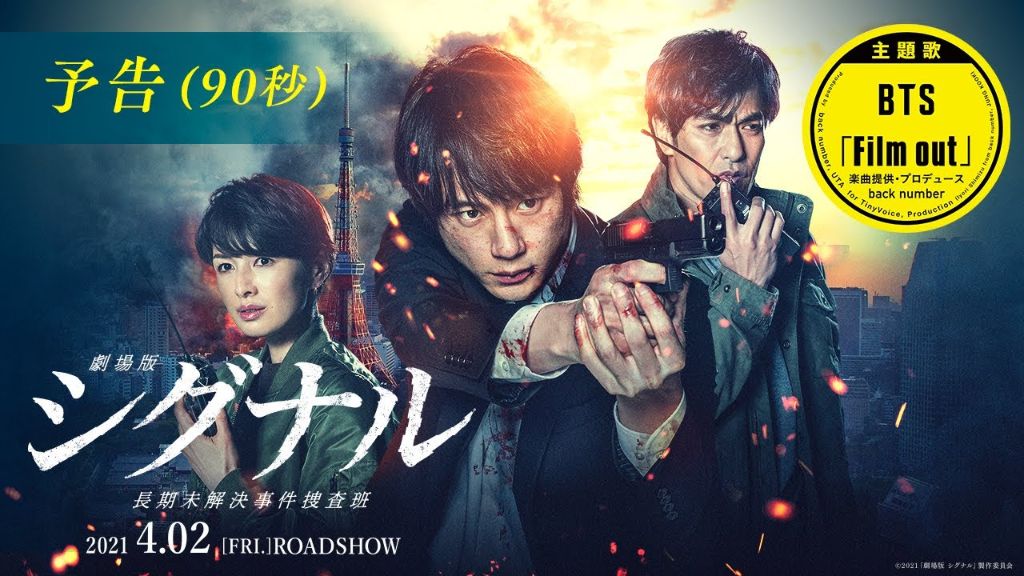 Signal, a popular Korean drama that was remade into a Japanese series, just announced yesterday that their theme song, titled Film Out would be sung by none other than BTS.

The song is said to be inspired by some of the music back number produced for the score of the film, and as a result prompted member Jungkook to suggest rewriting the song, resulting in an unexpected collaboration between the two groups.

Signal, which originally aired in April 2018, was a popular Japanese remake of a hit Korean TV series with a movie set to air in April 2021. Michiko Kichise, Kentarou Sakaguchi, and other drama stars are set to reprise their original roles from the drama series. This film marks the first time that back number is producing the score for a film.

Watch the preview below