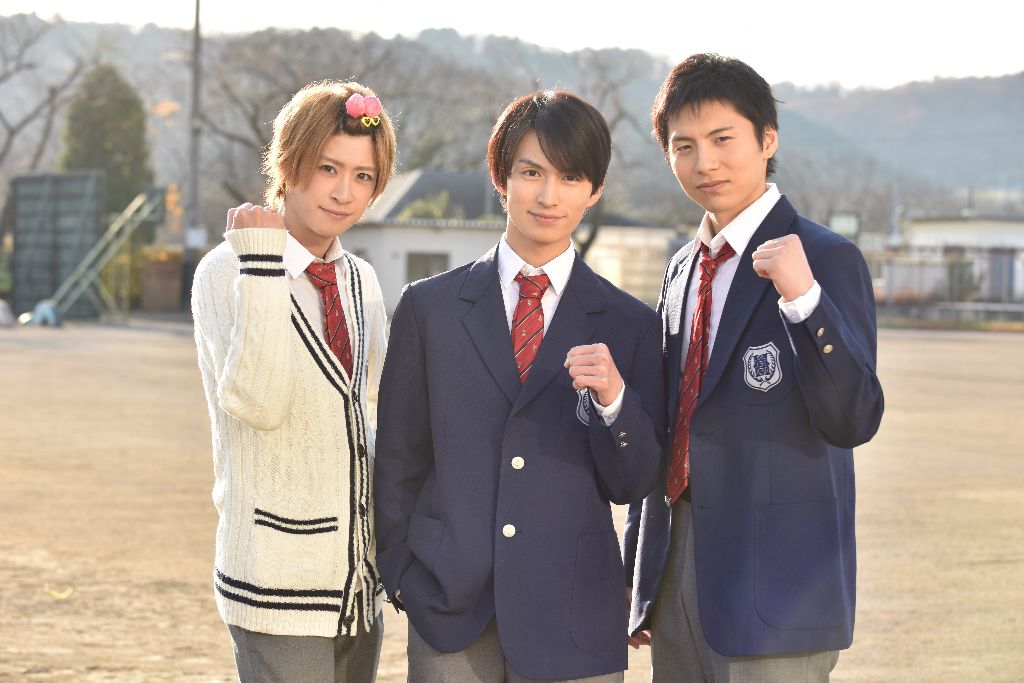 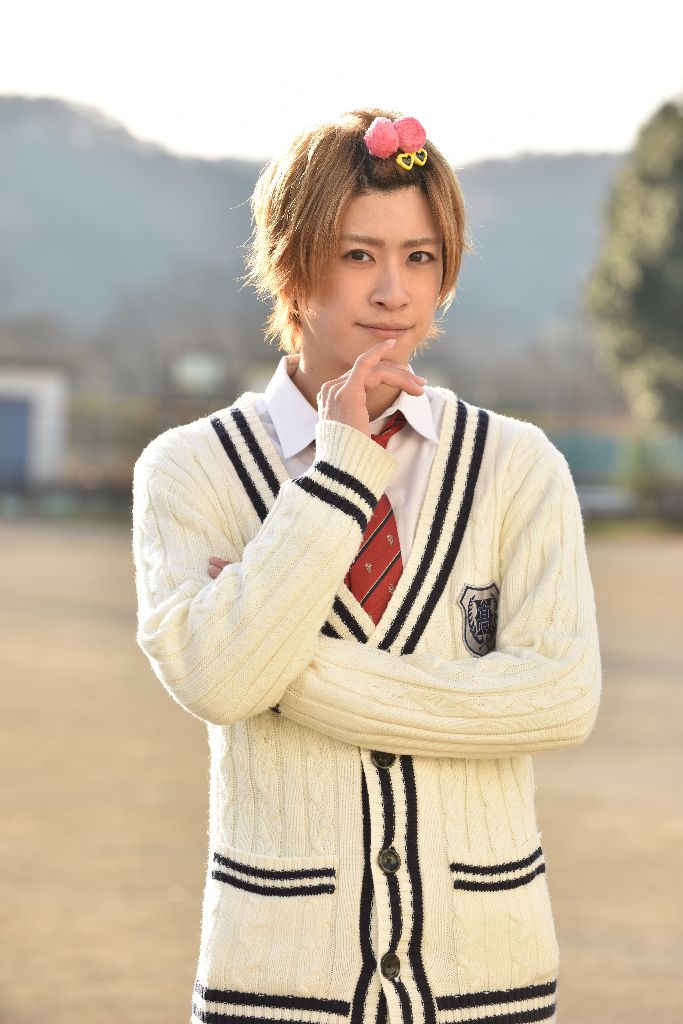 Because your character is effeminate, did you do anything special to prepare for it?
Tomoru Akazawa: I made it a point not simply to imitate how women act. I went beyond that and tried to highlight the gestures that women don’t normally do such as sticking out the pinky finger excessively or keeping the inner thighs together. The way I sit with my thighs together has actually become a habit. (Laughs)

You look very young to be a manager. How does it feel like to be a manager of the students?
Tomoru Akazawa: In Japan it’s called manager but the manager is also a student who doesn’t participate in the sport. The manager is not the captain, but someone who takes care of the athletes, the equipment, the drinks—basically the administration of the team.

Who has the hottest body?
Tomoru Akazawa: Shuto Miyazaki who plays Daiki Shinozuka. He’s always been fit but he trained for this role and has a swimmers body.

Who is the best swimmer?
Tomoru Akazawa: Ryosuke Ikeoka who plays Ichitora Jingu. He actually has nine years of swimming experience. Even from the practice, he was already very good. He’s very fast in the water and has beautiful form.

Can you share a memorable or funny scene in the drama?
Tomoru Akazawa: There’s a scene in episode 7 that’s very memorable for me. This is a drama that centers on adolescents and high school students, so there’s definitely a lot of friendships and bonds that come with being young. In this particular scene, the two high schools, Higashigaoka High School and Ryuho High School, practice together and in the process form such a bond that at the end of the practice, all the swimmers jump in the pool and start having fun and letting loose. As the manager, I don’t normally enter the water but I also jump in with all my clothes on.

What was the most difficult to film?
Tomoru Akazawa: We were filming during winter and even though the pool area was heated, the swimmers were still cold in the water. I was always outside of the water fully clothed so I was feeling hot. The difference between me being hot and the swimmers feeling cold was a challenge. 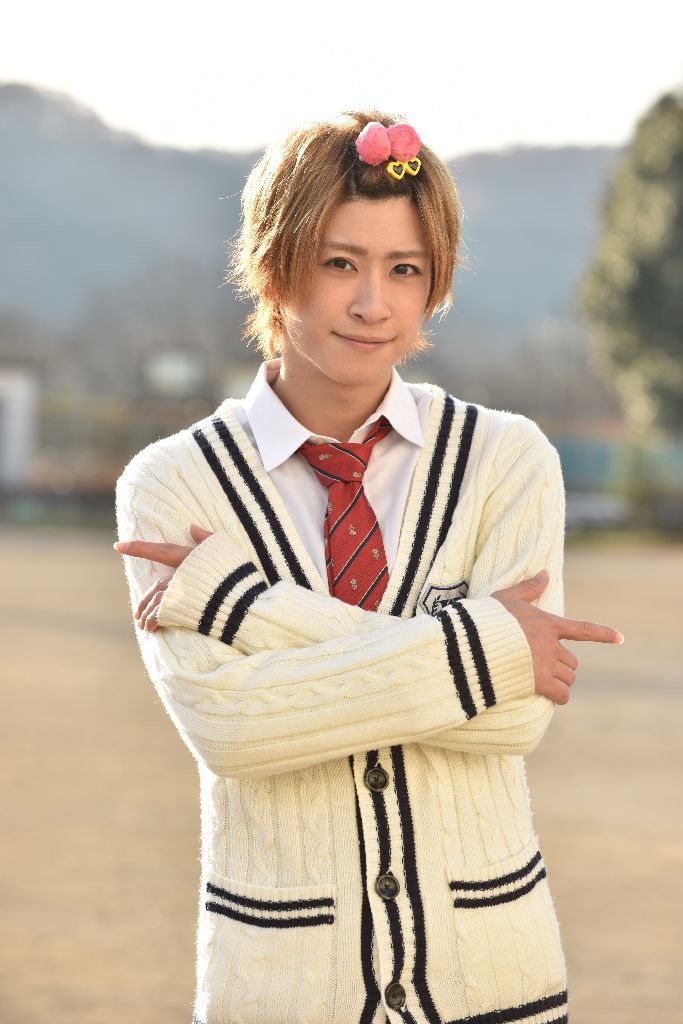 Is the drama set in summer?
Tomoru Akazawa: Right before summer, in between spring and summer.

What is the similarity between you in real life and your character?
Tomoru Akazawa: If I was similar to my role I think there would be quite a few problems. (laughs) I think I’m a pretty masculine guy so I don’t think there are a lot of similarities but as a manager, I have to take care of my swimmers and in that sense, in real life I also like doing things for others that make them happy.

So if the drama has good ratings, how do you intend to celebrate?
Tomoru Akazawa: Since the producer is here as well listening to this, I’d like to put it on record. (laughs) I would like to see this story continue and have the team do a movie version and a theater version—that would be great.

All sports have their own charm. In your opinion, what’s the charm of swimming?
Tomoru Akazawa: It seems like swimming is an individual sport, and that’s actually what I thought before working on this drama, but I eventually learned that even though in swimming you practice on your own and it’s an individual sport, the training involves the entire team. I also realized that interaction with teammates is a big factor so in that sense, it’s very much a team sport.

There are many dramas about sports. Can you share what makes this drama different from the other dramas?
Tomoru Akazawa: In this drama, a lot of my co-stars are theater actors so we had a camaraderie and teamwork even before we came to do this drama. From the get go, the teamwork was already good and we were able to bring a sense of togetherness. Another strength of this drama that makes it unique is that there were no body doubles used. All the actors trained and swam on their own. Even the actors playing fast swimmers and champions had to do it on their own without using body doubles.

Out of the entire cast, who is the funniest and loudest?
Tomoru Akazawa: The funniest is… let’s see… oh this is difficult. Tomoki Hirose, the coach. The most vibrant one is Shuto Miyazaki.

In what way?
Tomoru Akazawa: Shuto is always talking to somebody and even in between takes. He always makes people laugh. I’m sure he’s also very attentive to others.