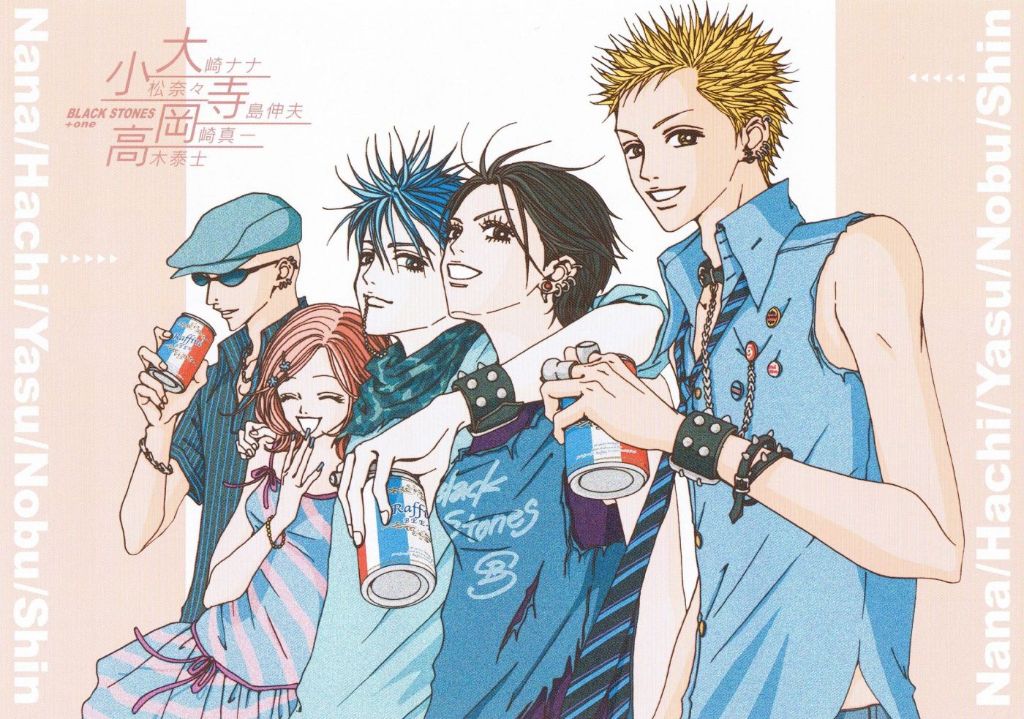 Due to the fact that one of the main characters was a vocalist in a rock band named Black Stones, music played a large part in every version of the series. There were two image albums (various artists coming together to work on songs inspired by the series) as well as a full album and multiple songs by every actress & voice actress playing Nana and her ‘rival’, Reira. If gyaru meeting J-rock floats your fancy, I simply cannot recommend these albums enough.

Unfortunately, however, much of these works are inaccessible to the average person. Despite the fact that the two image albums are some of the best anime albums ever created, neither can be found in their entirety on any streaming platform; OLIVIA inspi’ REIRA seems to have disappeared entirely even on YouTube.

This time around, I have created two playlists for readers – one is purely a Nana compilation of works that I could find that were related to the series. The second is a compilation of gyaru and gyaru adjacent artists (such as TOMMY HEAVENLY6) that captured the imagination of many an anime watcher all around the world. Their works often featured prominently in anime and live-action movies and drama that were based off of popular otaku series, and often became karaoke classics with the Japanese public.

Next week: the end of the subculture?